Our client is an international network of award-winning schools with 20 campuses across 7 countries, including Singapore, Malaysia, India and Japan. They have been honored with several international and  international over a span of 5 years for achieving excellence in school education.

They approached Lollypop to re-engineer and redesign their existing ERP application, built in-house over a period of 10 years in alignment to the growing needs of school. Existing app is one of its kind and combines the features of multiple commercial ERP’s in one, in fact, ERP’s available in the markets just constitute to around one module of clients ERP.  With huge and complex functionalities and broader users in picture, the whole application was getting extremely difficult to handle, hence, they recognized the need to streamline its application to provide users with better experience.  We would be not only designing their existing application but also look at developing new mobile apps for different users. We suggested that as a precursor to re-engineering, research be carried out with the users of the application to understand their needs.

The need behind the research project

The research project was our endeavor to understand the needs of different users of the clients application on one hand and on other, we were trying to map out the actual necessity of a mobile app along with the need to re-engineer the existing desktop application.

Over a period of one month, Lollypop team spent two weeks at the Singapore campus carrying out ethnographic research and remaining two weeks synthesizing the findings. 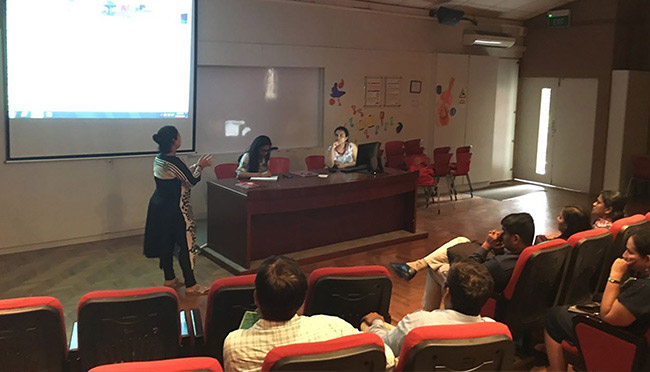 The expected outcome of the project was to understand usage patterns of users and arrive at a redesign strategy for web and mobile versions. Our client has been in operation for over a decade, it has a legacy of huge user base in place. The whole idea was to infer the usage patterns, concerns and unbiased feedback from the current users; this would be the foundation stone in creating the new mobile app that would aid greater adaptability and aid users with seamless experience.

Our Lead UX Designer Anandhi Hariharan and UX Designer Dhruvi Shah were tasked with the job of understanding the needs of varied users; and later map out the information to substitute the logic behind building the mobile app followed by re engineering the existing web application. As the Project Manager of the project, my role was limited to assisting the team with the individual interviews and interfacing between the parties.

Moushumi and Harsh from the client side played an integral role in organizing and coordinating our meetings with all relevant users and stakeholders. They also guided us on the existing system, process and its quirks and value adds.

Usability Survey: We shared a UX Questionnaire with the users. It allowed us to get their responses at the earliest and gave us a holistic perspective of what the project should achieve. This paved our way in strategizing for the project and was the base reference for User Interviews.

Ethnographic research: Ethnography is a research strategy that gives us a detailed in-depth look at people’s behaviour, beliefs and preferences by observing and interacting with them in their natural setting. The objective of ethnographic research is to obtain information from people from their own perspective. 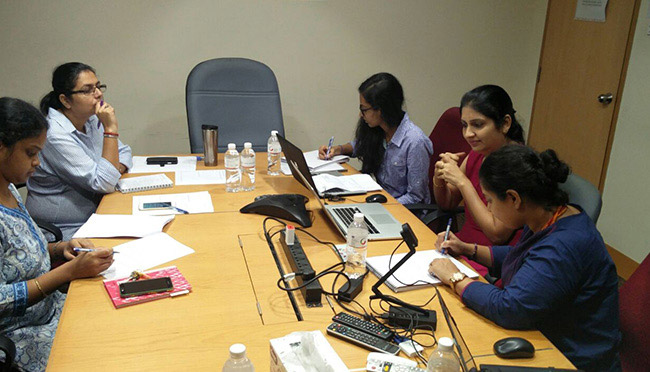 Focus group discussions: We conducted a focus group interview with the teaching staff from across all the Singapore campuses. We spent about 2 hours with a group of 16 members who were class teachers, subject teachers, coordinators and HODs. Some of them were also parents with wards studying at the school. This exercise helped us map the common concerns and also helped us understand the main problems with the existing system. Session was then followed by a one on one contextual inquiry with all types of users. 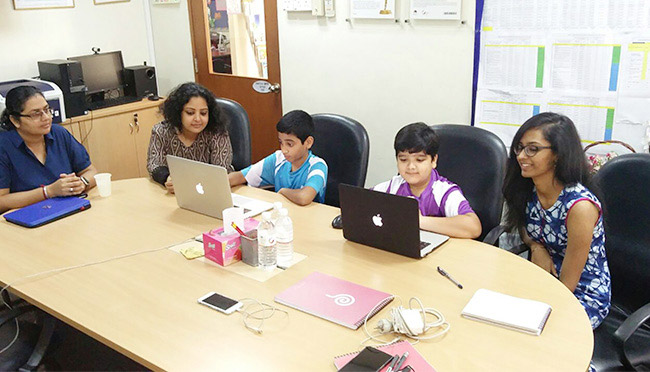 The research project culminated in a detailed report that laid out the needs of the separate users by mapping journeys from each user type, recording  their needs and defining the priorities for the next version of the application. The plan and road map document will form the basis for the remainder of the project.

The City State: The first thing that strikes you about Singapore is the disciplined traffic. Coming from a jampacked and overflowing city like Bangalore the stark contrast is almost unbelievable. Singapore takes care of its elders – right from them having preference for jobs as taxi drivers and other non-strenuous jobs to discounted rates across the Metro service and entry to various places like Sentosa, the zoo etc. Singapore makes an effort to make their lives easier.

Singapore has more or less the same amount of land area as Bangalore but has a larger airport, massive harbour and docks and more green spaces. The architecture and the design of public spaces is up there (if not better) with the best cities in the world. The amount of thought that has gone into designing public places, metro network and accessibility is mind boggling. 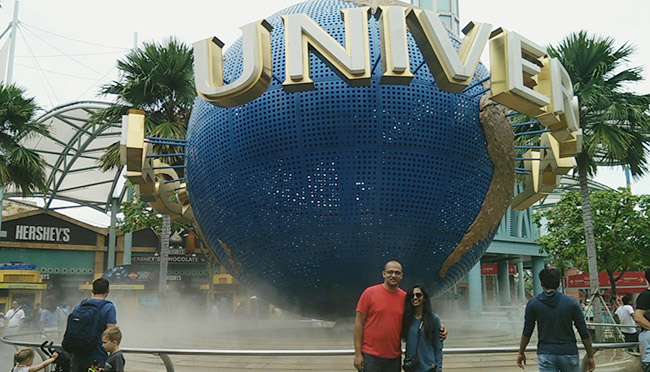 The People: Singapore is a city in a hurry, but it manages to do so with an extremely high level of discipline. Before you go to Singapore you hear about the discipline and expect to see a policeman around each corner. Contrary to expectations you see a cop only once every few days. The restraint shown by the people to maintain decorum – from the queues in the metro and bus stations to the open access zones like the zoos as well as public consumption of alcohol without any ruckus being created is commendable. However, the local mandarin population is a private lot and not easily accessible; other than the odd cabbie who gets chatty about “President” Modi and India’s software excellence.

The food: Singapore is as diverse as it gets when it comes to food except for their acceptance of vegetarianism (the one veg burger in McDonald’s is listed under the ‘Fish & Vegetarian’ column). However, for the foodie that craves meat it is a paradise with its amalgamation of cuisines from across Asia as well as the zones that cater to the large groups of expats. Exclusive food and entertainment zones like Boat Quay, Clarke Quay and Holland Village are wonderful places to relax over some ‘Singapore Sling’ or meet new people over a Tiger Beer. The hawker centers in each locality cater to the budget friendly traveler.

Access to the actual user and first hand feedback from these users are an integral part of any UX driven project. The opportunity to speak to users across the 11-55 years age spectrum gave us great feedback and inputs on the diversity of the different user types as well as expectations on what is needed from a complete overhaul of the existing system.

The exposure gave us a very different perspective on how to approach different problems. Such opportunities at Lollypop boosts all of us here and helps us learn better.

Program Manager
Got An Idea?