Reimagining the future of healthtech

Health is wealth. And as the numbers state, India’s ‘health’ is a sector that grows at a CAGR of 16.5%, poised to be worth $280 billion in ‘wealth’ by 2020. However, as one of the largest sectors in terms of both employment and revenue generation, the Indian healthcare sector is grappling with a flailing infrastructure that falls short of providing medical facilities to over a billion citizens.

Data gathered from the 71st National Sample Survey (NSS) conducted in January-June 2014 observed that in rural India, 42 % of medical treatment was conducted in public hospitals against 58% in private facilities.

In urban India, the correlating figures were stark; at 32% and 68% for public and private hospitals respectively. Another formidable challenge in the healthcare space is the geographical disparity between patient and medical help. A report by KPMG and the Organisation of Pharmaceutical Producers of India (OPPI) states that nearly 75 percent of dispensaries, 60 percent of hospitals and 80 percent of doctors are located in urban areas, which serves only 28 percent of the Indian population.

This disparity grows wider in rural areas, which houses over 70% of Indian population. Rural patients have access to only about 33% of Indian doctors to nurse them back to health.

Mobile Health presents a promising solution to this problem. Mobile technology has already spurted over 20 service initiatives for spreading information about health and fitness, childbirth and prenatal care and leading lifestyle diseases.

The mobile health industry in India clocked 0.6 billion USD in 2017 via the launch of over 3,25,000 health apps in the market; a powerful indicator of the prowess of the digital intervention and the times to come.

At Lollypop Studio, we have conducted extensively on the ground research on the healthcare industry to gain precious insights that we leverage in the form of superior designs and user experiences. This includes approximately 4000-5000 hours worth of primary research and interactions with doctors, patients and other stakeholders.

Till date, we have translated these learning outcomes into 10 plus apps tailored to serve the needs of different ecosystem players in the healthcare industry. 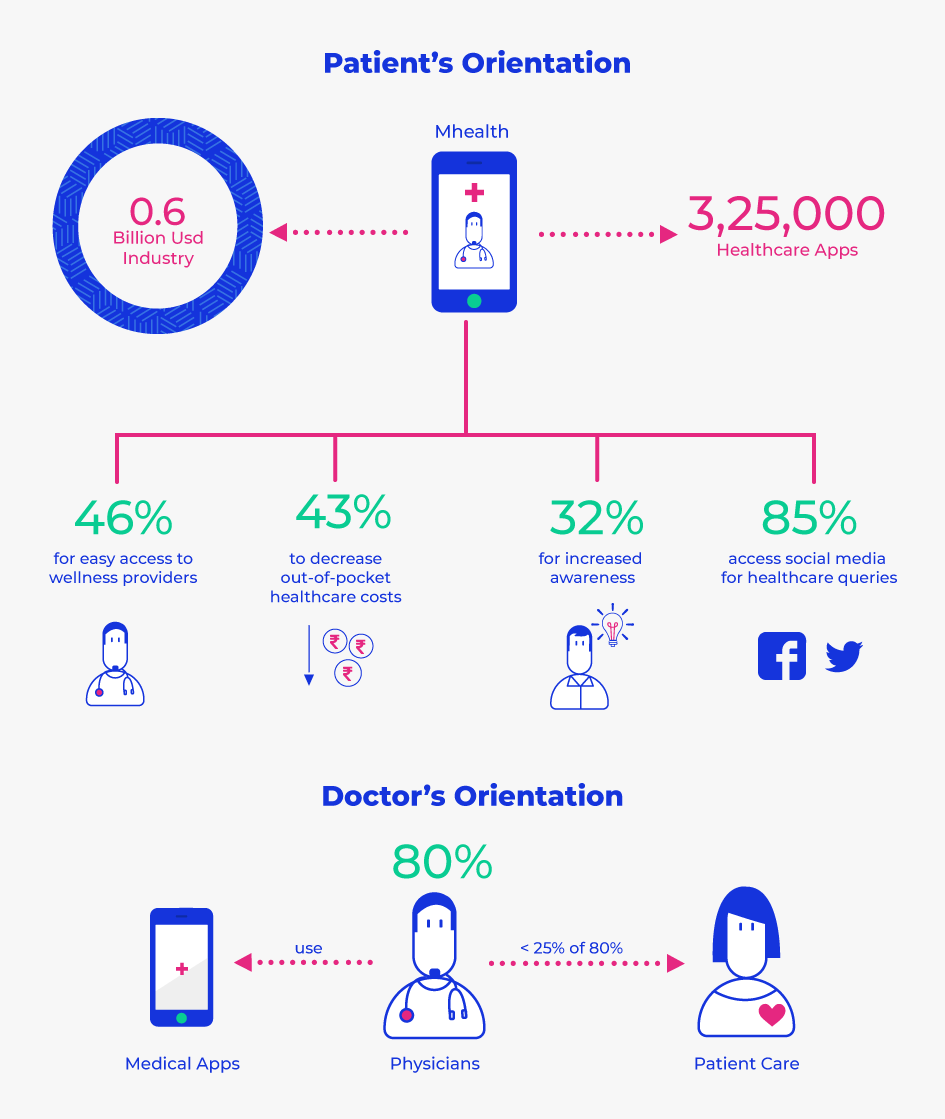 The healthcare ecosystem consists of the following 4 layers; viz., providers – they work in the sphere of curing patients with existing diseases; health insurance – private sector insurance companies that develop innovative products to insulate individuals from unforeseen medical expenses; wellness providers – preventative healthcare service providers who aim to reduce the incidence of life-threatening diseases; and, finally the customer – an individual who is on the lookout for any of the above services. 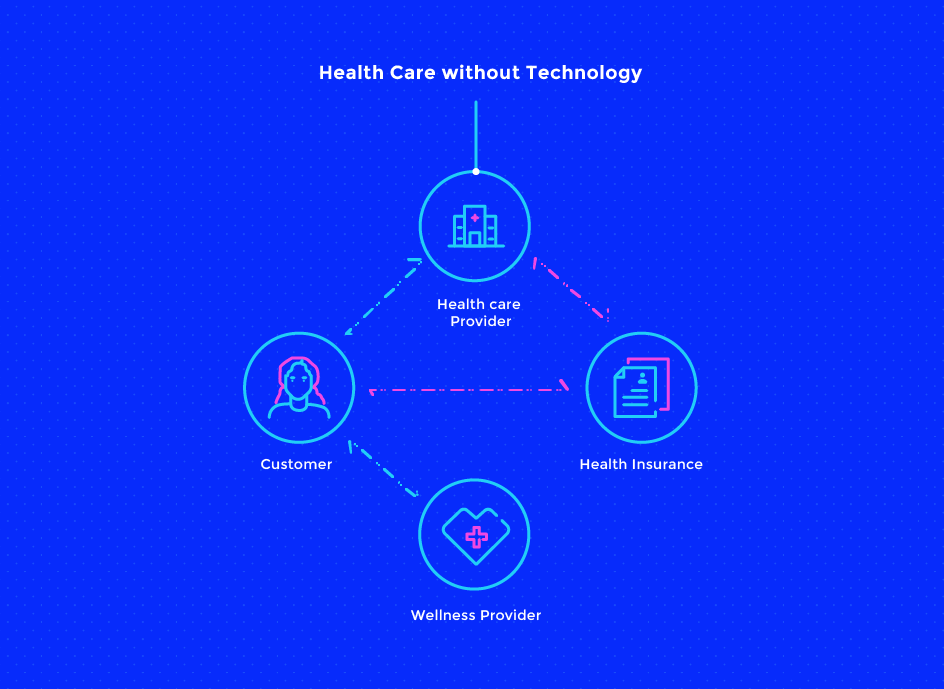 The healthcare sector in India is a fragmented marketplace; breaks in communication between the contributing entities of the healthcare industry greatly slow down the delivery and quality of treatment. Currently, there is no synergy in the functioning of the above entities.

Technology has the potential to stitch together the fragmented healthcare sector and centralize the exchange of health information and monetary transactions that take place among the players.

However, technology alone is handicapped and needs to be paired with an exceptional user experience for designing a holistic solution that can facilitate the exchange of information and resources seamlessly. 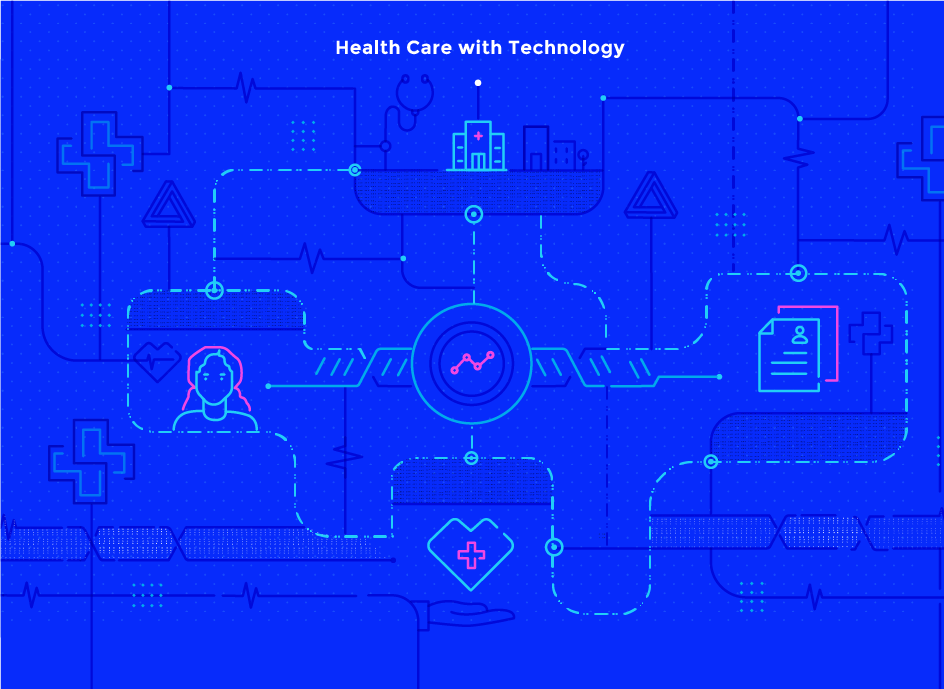