Pop art emerged as a movement in the 1950s first in Britain, then in the United States of America. It flourished in the 1960s, drawing inspiration from American popular culture. During the 1960s and 70s, this movement began to seek inspiration from the popular and commercial culture from across the world. The pop art movement was characterized by young artists showcasing what they felt was relevant to their daily lives, contrary to the abstract depictions of traditional art. Initially, British artists observed American culture from afar to create pop art and soon American designers sourced inspiration from the culture they lived within. Hollywood movies, product packaging, pop music, and comic books were widely used for design and imagery.

Design and pop art have been closely intertwined since the 1950s. Many pop artists initially started as designers in advertising and knew how to utilize and reproduce pop art in their work by using modern screen printing techniques. Pop art transformed art focused abstract expressionism by paving the way for consumerism, through a strong focus on making art inclusive so as to reflect contemporary American culture. Thick outlines and bold colour palettes became identifiable as pop art in commercial design.

Eventually, the commercial appeal of pop art found visibility in product design for furniture, fashion, and packaging. Today, many art forms make the use of pop art – including photography!

Pop art as seen in the 1970s has been revisited extensively in design in 2018, introducing the world to new possibilities of visual communication. With creativity and visuals defining company values, companies are opting to strengthen customer interactions using pop art in digital design. The bold and distinctive pop art styles we explored, will be visible in web and mobile applications, games, movies, branding and advertising, e-cards, kindle, and much more. Packaging too has evolved to incorporate trendy designs and consumer trends.

This style is typically composed of strong black outlines, realistic sketches of people and dramatically strong colours. The most influential element in this style, however, is the halftone pattern, which is a dotted texture used to depict light and shadows.

It is most suited for usage in posters for marketing and advertising, and for storytelling applications such as e-comics, Kindle books, etc.

This style can be adapted by any domain irrespective of the seriousness; the application really depends on the creative and intelligent use to quirk things up. In the below images you can see that we have crafted comic style in an easy going coffee shop on one hand and on the other hand, we have used it for a health insurance company. 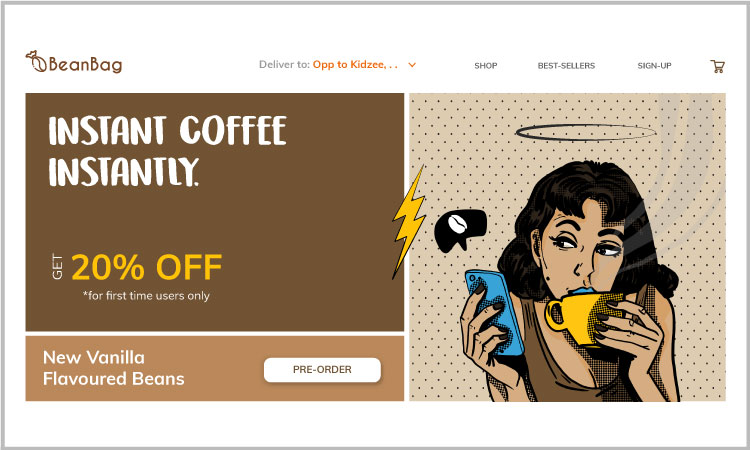 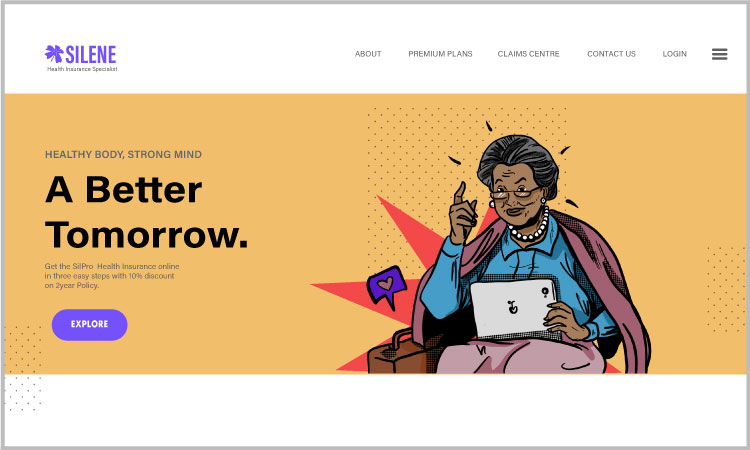 Using cutouts of separate images to compose a new picture, this style allows for different objects to assimilate into a whole new image! It can even make the use of magazine and newspaper clippings to allow contrasting elements to fuse into one unique image.

It is mostly used in greeting cards, stationery products, and banners for branding and communication across digital and print platforms. It also has good use under ‘About us’ section on websites.

Photo Montage has the ability to bring moments to life and establish connections instantaneously. Everyone can be reminded of their love for coffee or age is just a number by using this style! 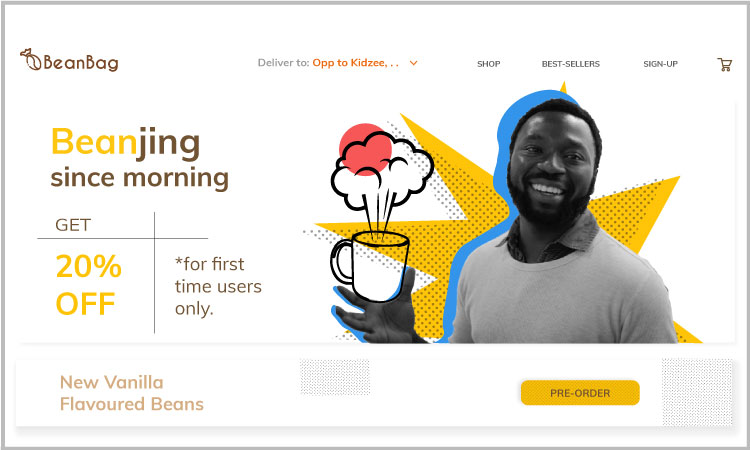 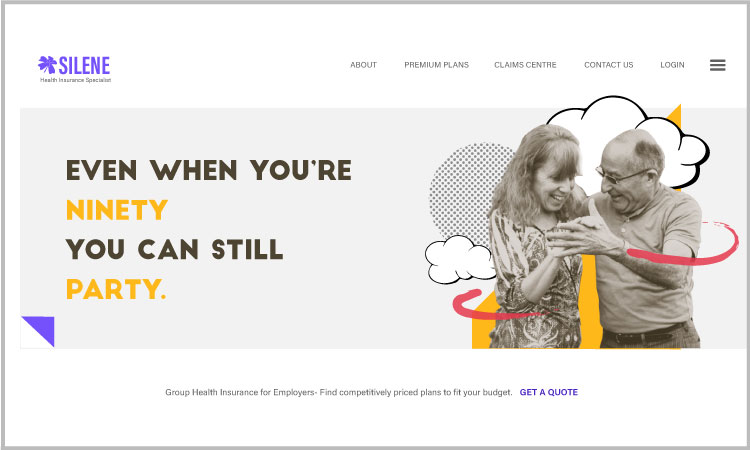 This effect is created by using duplicated images and placing them at different positions and angles. Different hues play with each other to create a kind of ‘glitchy’ interference.

The glitch effect has a wide range of uses.

Another entry this year would be Glitch effect; in fact, many are already using it. One can defy timelines or create an illusion using this style. Below are two examples of its application in a different context. 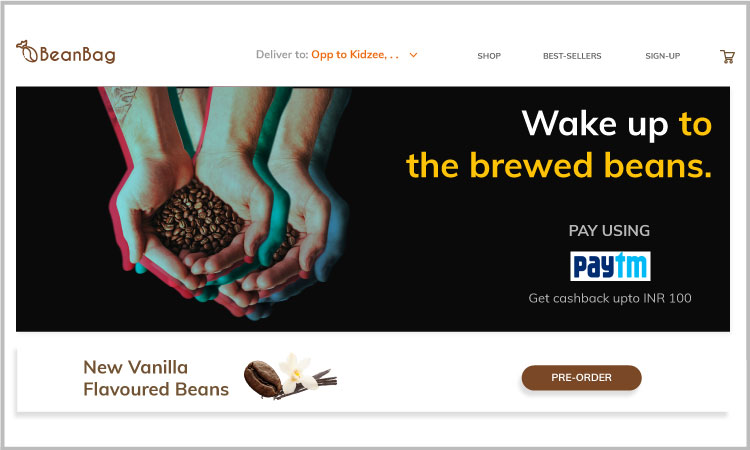 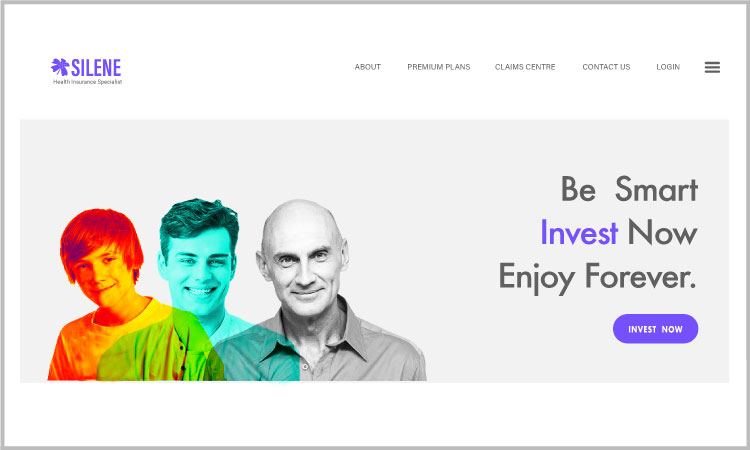 A blend of photographs and illustrations, this style creatively helps in expression and exudes a contemporary aesthetic.

It is used in album art design, website and app design, branding, magazines, and fashion.

Create your own fairytale and be the best storyteller by using this style. It helps let creativity flow in abundance and abstract definitions come alive. Below are just two examples of their usage. 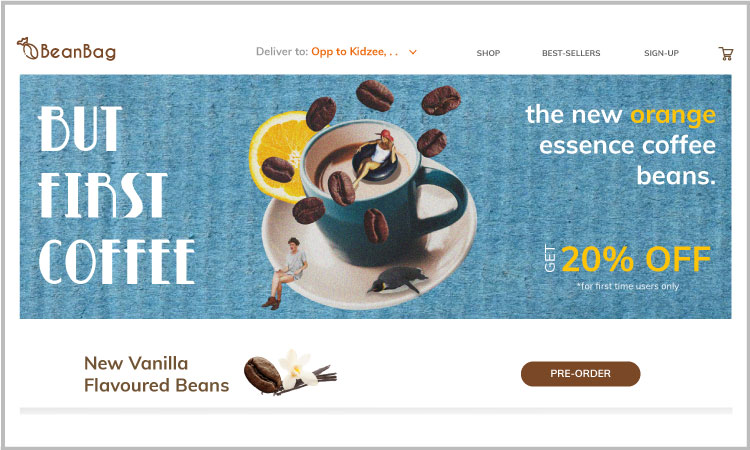 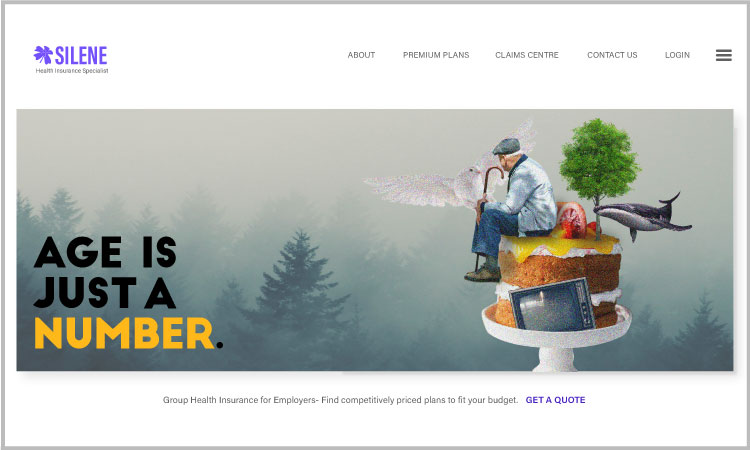 It is clear that art and design are strong communicators for brands in the marketplace. Advancements in consumerism, technology, and user interaction design have formed an irrefutable arena for pop art in commercial design. The future of pop art in the design world is bright and evolving, and 2019 is set to see it make a revolutionary come-back.

This blog has been featured on Creative Gaga! Check it out.

If you’ve enjoyed this blog on Pop art, you could also check out our blog on The Era of Illustration for some interesting illustration details.